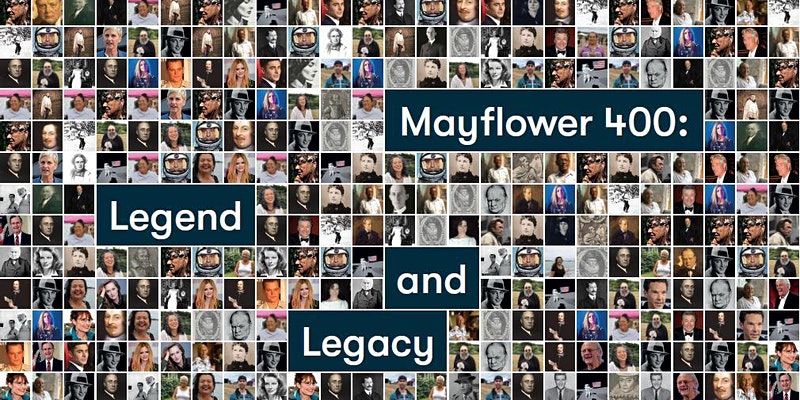 The burgeoning of Black Lives Matter has prompted cultural institutions, including museums, to reflect on how they present colonial history. While this isn’t a new issue for museums, it has shone a spotlight on how it is addressed, particularly in newly opened exhibitions.

A 2020 Mayflower exhibition at Plymouth, helping to mark the 400 th anniversary since the ship departed, had been planned for the best part of four years. ‘Mayflower 400: Legend and Legacy’, was integral to the redevelopment and opening of The Box, Plymouth in 2020. Jo Loosemore, a Senior Producer for BBC South West, returned to museums to curate it.

At the beginning of her talk, Jo set out that she would address the ethical challenges and processes encountered. Indeed, she promised to describe lengthy preparations, stormy seas and the occasional need for sea-sickness tablets!

In terms of the remit of the exhibition, Jo was clear that it needed to progress beyond the mythologies surrounding the Mayflower. She explained that dealing with the English colonisation of North America was ‘difficult history’ and for her it was important that the exhibition did not side-step the negative cultural impact of the Mayflower.

The Museums Association Code of Ethics states that to maintain their important position of trust, museums ‘must make sound ethical judgements’. Jo explored the many challenges inherent in achieving this aim and also drew intriguing parallels between the politics and finance surrounding the historic Mayflower and the objectives of the modern day exhibition. For example, the joint stock companies who invested in the Mayflower 400 years ago and the modern investment in the Mayflower commemorations as part of Plymouth’s ongoing regeneration.

Interesting statistics were given. Amusingly, the combined weight of all the artefacts claimed to have been aboard the original Mayflower would probably have sunk it. More soberingly, today 30 million people claim descent from the Mayflower passengers. The stark contrast is that there are now 5000 Wampanoag descendants of the indigenous people who lived in the territory where the Mayflower landed. It was made clear that the process of attempting to rebalance the Mayflower story away from a Victorian narrative emphasising English exceptionalism, required unravelling fact from fiction for local audiences. 1500 local people were involved in formative evaluation for the exhibition. The overall reaction was that while some were shocked and surprised by the broader story of the Mayflower, there was a strong desire to understand the fuller context.

Pavement plaque in Plymouth, Massachusetts. Image Courtesy of Jo Loosemore
Absolutely crucial to achieving better balance was building trust and a relationship with today’s Wampanoag and Jo emphasised the importance of the time required to establish this partnership. The resulting Wampanoag help and advice enabled biases in the availability of source material to be addressed. However, there are multiple voices within any community and Jo was clear that engagement by the Wampanoag was not necessarily universally desired. Furthermore, she underlined the inherent power imbalance in who was ultimately responsible for the Plymouth exhibition.

However, one legacy of the national Mayflower 400 commemorations has been the creation of a touring exhibition, ‘Wampum: Stories from the Shells of Native America’. Told by Wampanoag voices throughout, it explores the cultural history of the Wampanoag, their life in America today as well as the impact of the colonial past. Central to the exhibition are wampum belts. Created by shaping, piercing and stringing together shells, the belts have been used as part of oral tradition, recording treaties, historic events and stories as well as being ceremonial gifts. The exhibition shows historic examples from British museums alongside a new belt created by the Wampanoag. 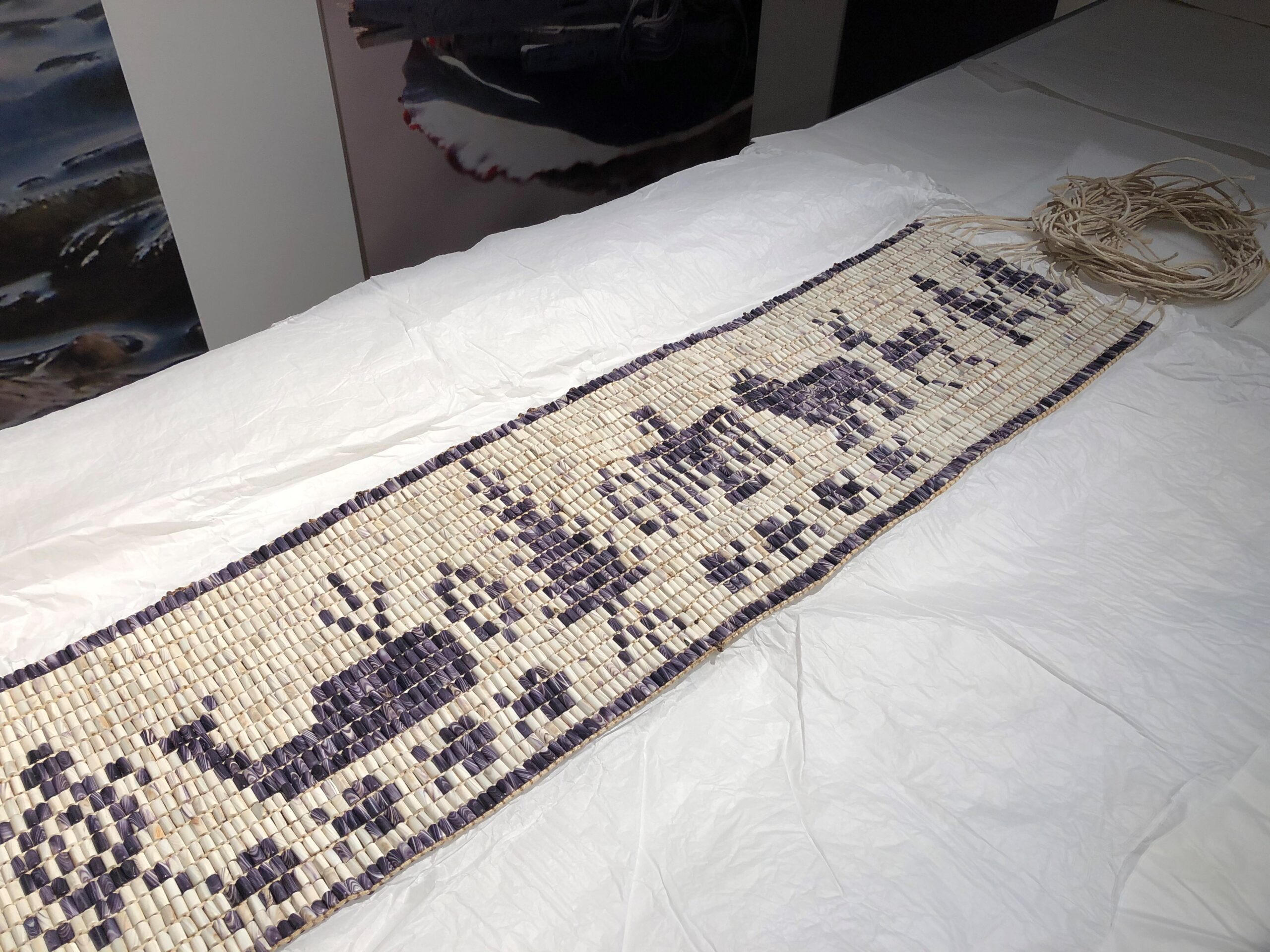 Newly commissioned wampum belt, 2019. Image Courtesy of Jo Loosemore
In terms of how both exhibitions have been shaped, the similarities and contrasts are apparent. One element which emerged from the Mayflower exhibition were questions surrounding the authenticity of historic artefacts but also the validity of using replica and modern artefacts. The use of both historic and modern artefacts informs the Mayflower exhibition and is central to the Wampum exhibition.

Inevitably, present day voices are shaped by the past. However, the power dynamics as to whose voices are heard is always a potent issue. Arguably, the public appetite, informed by Black Lives Matter, reflects what the process of the Mayflower exhibition has shown; namely, that overall people are genuinely interested in the broader context which reveals more and conceals less.

Jo’s talk prompted lively discussion around these issues. She emphasised the importance of listening to prospective audiences and stakeholders, alongside disentangling fact from fiction in helping to inform them about the wider story. Her experience was that on the whole people are interested in ‘hidden history’ and finding out more. She also conveyed the importance of aiming to ensure the transparency of all these processes in developing a robust and open project. Her logical conclusion is that it is incumbent on the people managing the processes to enable these processes to be seen.

Fiona Pitt has worked in various field archaeology and museum curatorial roles for over 30 years. Her past projects include ‘People’s Plymouth: Tales from the City’ (co Project Manager) and ‘Whitehorse Hill: A Prehistoric Dartmoor Discovery’ (Project Manager). She is currently Curator of Archaeology at The Box, Plymouth.